A global look at disease outbreaks: It's not just Ebola and measles

A new survey—featured in today's Daily Briefing—suggests that infection control experts are worried that the focus on Ebola in the last months of 2014 actually hurt the U.S. health care system's ability to prevent and contain other infectious disease. The survey respondents noted that, by and large, hospitals did not increase their investment in infection control, despite the attention Ebola brought.

To get an idea of what's at stake, I surveyed the globe to identify some of the outbreaks worrying infection experts.

To anyone reading the news, it's no surprise that the once-eradicated disease is making a comeback in the United States—thanks in large part to pockets of unvaccinated Americans that are compromising herd immunity in certain communities.

The most talked-about measles outbreak of 2015 began at a Disney theme park in California and has since spread to dozens of people in at least seven states. But it's far from the only recent outbreak in the United States.

In January 2015, there were 102 reported cases of measles in 14 states, according to CDC data.

To protect yourself and children from getting infected with measles, CDC recommends following the vaccine schedule and ensuring that young children are vaccinated prior to travel to areas with outbreaks. Measles symptoms include fever, cough, rash, and red eyes.

Flu season is here. What can we do to prepare?

CDC declared a U.S. epidemic of the influenza virus on Dec. 30, 2014. Although the flu reaches "epidemic" status almost every year, experts say it reached it unusually early in the season this year.

Experts now say the flu season seems to have peaked, and outbreaks appear to be levelling off. But the latest CDC data show that influenza-like-illness activity remains high in 29 states.

Infographic: How to avoid the flu when you fly

Chikungunya: More than a million cases in just one year

Cases of chikungunya, the rarely fatal but very painful virus transmitted by mosquitoes, have been on the rise in recent months.

Chikungunya first arrived in the Western Hemisphere in December 2013. Since then, the virus has spread to 17 countries or territories in the Caribbean, North America, and South America, and more than one million cases have been reported. It has been linked to at least 14 deaths in the Caribbean, although those individuals likely had other health issues. In Puerto Rico alone, nearly 10,000 cases have been reported, but the real number is thought to be far higher.

So far, 2,344 cases of chikungunya have been reported in the United States, including 11 locally-transmitted cases reported in Florida. According to Peter Hotez, director of the National School of Tropical Medicine in Houston, the virus could become "endemic" to the United States, much like the West Nile Virus. 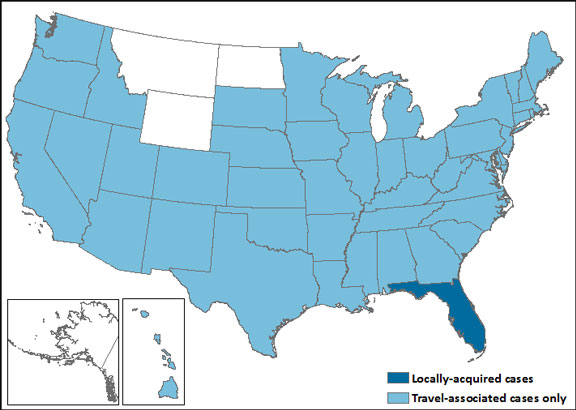 New Delhi metallobeta-lactamase (NDM), a superbug that first surfaced in Sweden, and killed more than 58,000 newborns in India in 2013, a recent study found.

NDM first appears in gut bacteria, such as Klebsiella pneumoniae carbapenemase and E. coli, and causes infections when the bacteria spread through other areas of the body. It also renders those bacteria resistant to treatment.

Neelam Kler, chair of the department of neonatology at New Delhi's Sir Ganga Ram Hospital, says, "close to 100% of the babies referred to us have multidrug resistant infections. It's scary." The trend is in part attributed to a growing group of bacteria in India—including that from sewers, animals, soil, and even mothers—that is resistant to all types of antibiotics.

A recent report from British researchers found that superbugs could kill more people than cancer by 2050 if steps are not taken to mitigate the growth of antibiotic-resistant bacteria. Curbing the overuse of antibiotics could help slow the epidemic, the World Health Organization (WHO) said in April. Novel treatments, such as fecal transplants, have also shown promise as alternative treatments for certain infections.

Dengue fever: 'On the move'

A new study from the United Nations University found that dengue fever is "on the move," and a string of new outbreaks could affect large parts of Europe, West and Central Africa, and South America in the coming months.

A main reason for the increased probability of outbreaks around the globe is climate change. As the planet warms, researchers say parts of the world currently are unsuitable to sustain significant mosquito populations could eventually become warm enough to sustain such life year-round. West and Central Africa also are at risk for an outbreak because of unsanitary living conditions and poor health care in the region.

Currently, there is no vaccine for dengue, which sickens nearly 100 million people annually, killing about 20,000, according to WHO.

The MERS coronavirus hasn't gotten much coverage since two cases appeared in the U.S. last summer, but it caused enough concern to warrant TSA warnings at major U.S. airports. The virus first appeared in Qatar in 2012 and has since spread across the Middle East, Europe, and America—22 countries in all.

Between Nov. 20, 2014 and Dec. 7, 2014, 11 new MERS cases were identified in Saudi Arabia. The Saudi Ministry of Health in a press release on Nov 28, 2014, said it is working to train and qualify health care workers as infection control inspectors in an effort to fight the spread of the virus on Saudi soil.

The takeaway: Measles may be the most-infectious disease known to man, and Ebola one of the scariest. But they're far from the only diseases that hospitals should be on the lookout for.