What you need to know about the forces reshaping our industry.

Where do the 2020 Democratic hopefuls stand on health care?

Millions of Americans will turn on their TVs Wednesday and Thursday evening to watch the Democratic presidential hopefuls cross swords—and health care is sure to emerge as a major issue.

There are currently 25 candidates vying for the Democratic nomination, and 20 of them met the Democratic National Committee's criteria to participate in the first presidential debate. They will be split in half, ten candidates per night, for the debates, which will air at 9 pm ET.

How the candidates differ on health insurance reform

For most candidates, health care is a major part of their platform. Many of the candidates support substantial changes to the health care system, but the scope and proposed avenues for their changes vary widely. Perhaps the greatest divergence involves how to reform the health insurance system—and how much the government should be involved in those changes.

Sen. Bernie Sanders' (I-Vt.) "Medicare-for-all" plan, for instance, would create a single-payer health care plan financed by taxpayers. Four other candidates have signed on as co-sponsors of Sanders' proposal in the Senate, and three have co-sponsored a similar bill in the House. Yet, even those who have signed on as co-sponsors don't necessarily view single-payer as the right—or only—answer. Co-sponsor Sen. Kamala Harris (D-Calif.), for instance, has vacillated on whether she supports eliminating private insurance.

How the candidates differ on strategies to lower Rx drug prices

Beyond health coverage, many of the candidates have included substantial health care reforms in their platforms. Of the 19 candidates who filled out the New York Times' survey on their health care views, all 19 said they supported having Medicare directly negotiate drug prices with manufacturers. Others have submitted more ambitious proposals. Warren, for instance, has called for the government to manufacture prescription drugs when prices get too high (a tactic that several major hospitals have recently been pursuing). Several candidates support the importation of prescription drugs from other countries as a strategy to lower prices. Booker, Sen. Amy Klobuchar (D-Minn.), Gillibrand, Warren, and Harris have all signed on to co-sponsor Sanders' Affordable and Safe Prescription Drug Importation Act which would instruct FDA to allow prescription drug imports from Canada and then, within two years, from other countries which meet US regulatory standards.

How the candidates differ on other major health care issues

Another major health care talking point is long-term care. Most candidates support either requiring health insurers to cover long-term care, such as care in skilled nursing facilities, or publically funding this care. Inslee, for instance, signed the country's first publically funded long-term care benefit into law in Washington, and believes it should be a model for a national system. Other candidates have taken strong positions on mental health care and the opioid crisis. Warren proposed a highly ambitious proposal to tackle the opioid epidemic that would allocate $100 billion over 10 years for the crisis. Klobuchar has unveiled a similar plan to spend $100 on addiction and mental health services over the next 10 years.

But beyond these major headlines, many of the candidates have largely similar views, especially on topics like vaccines, marijuana legalization, and abortion care. To learn more about each candidate's view, click on their names below:

Sen. Michael Bennet (D-Colo.) on May 2 announced he is seeking the 2020 Democratic nomination for president. Bennet was appointed to the Senate in 2009 to replace then-Sen. Ken Salazar (D-Colo.), who had been appointed as secretary of the Department of Interior. Bennet has held the Senate seat since his appointment. Bennet has said his campaign will focus on health care and the economy, and his time in the Senate has given insight into his health care positions.

Former Vice President Joe Biden on April 25 announced that he is seeking the Democratic nomination for president in 2020. Biden served in the U.S. Senate for about 40 years, and served as vice president under former President Barack Obama. His time in both positions offers insight into where he stands on various health care issues.

Sen. Cory Booker (D-N.J.) on Feb. 1 announced he is running for the Democratic presidential nomination—and health care is expected to play a role in his campaign.

Booker in the past has taken a number of actions that shed light on where he stands on various health care issues. 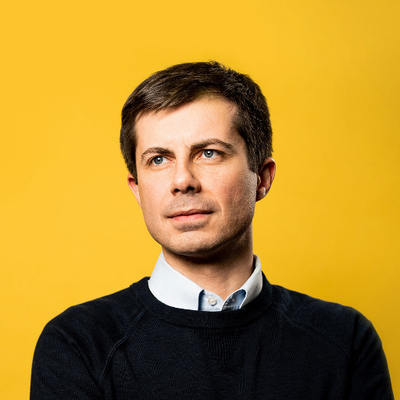 South Bend, Indiana, Mayor Pete Buttigieg announced his campaign in January. Buttigieg has not talked in great detail about his health care priorities but he has spoken in depth about one policy issue.

Julian Castro, who served as secretary of the Department of Housing and Urban Development under former President Barack Obama's administration, in Jaunary announced he is running for the Democratic presidential nomination. Since the announcement, Castro has indicated his stance on a number of health care issues, including support for a universal health care system and efforts to lower prescription drug prices. New York City Mayor Bill de Blasio (D) in May announced he is seeking the 2020 Democratic nomination for president. According to Axios, de Blasio "has gained some national recognition over the years for his progressive policies," and his time serving as New York City's mayor offers insight on where he stands on health care issues. 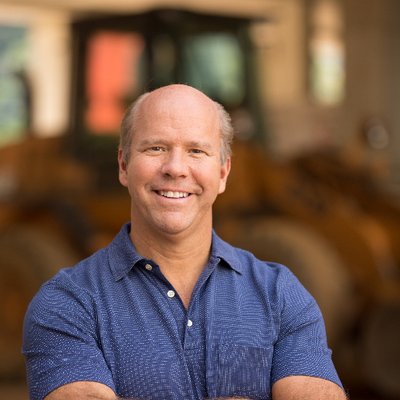 Former Rep. John Delaney (D-Md.) announced his bid for the Democratic presidential nomination in July 2017, and has discussed his proposal for implementing a universal health care system in the United States.

Rep. Tulsi Gabbard (D-Hawaii) in January announced her candidacy for president, and has said bolstering U.S. residents' access to health care is one of her main priorities.

Sen. Kirsten Gillibrand (D-N.Y.) in January announced she also is running for president. Gillibrand has said her campaign will focus on advocating "for better health care."

Sen. Kamala Harris (D-Calif.) in January announced her candidacy for president, and has voiced her support for universal health care, Planned Parenthood, and access to mental health care.

Former Colorado Gov. John Hickenlooper (D)—who gained national attention in 2017 for releasing a bipartisan health reform proposal—in March announced his bid for the 2020 Democratic presidential nomination. Hickenlooper in the past has taken a number of actions that shed light on where he stands on various health care issues.

Washington Gov. Jay Inslee (D) in March announced he is seeking the Democratic presidential nomination with a campaign focused on climate change, which he said "touches the heart of things so many of us care about: our jobs, our health, our safety and our children's future."

As Washington's governor, Inslee has advocated for policies to address a number of issues related to health care, including increasing access to mental health care, protecting abortion rights, reducing carbon emissions, and implementing a state-funded public health insurance option, among other things. 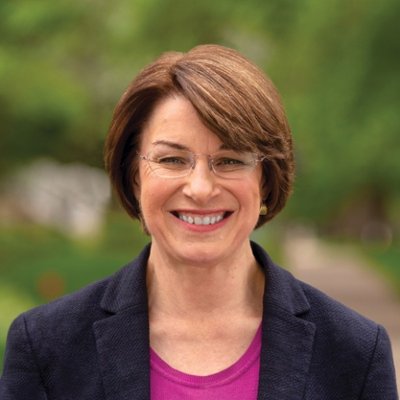 Sen. Amy Klobuchar (D-Minn.) in February announced she was joining the swath of Democrats seeking the party's nomination for president, and she indicated health care will be one of her major priorities. Klobuchar has spoken about proposals to implement a universal health care system in the United States, among other health care issues.

Former Rep. Beto O'Rourke (D-Texas) in March announced that he is seeking the 2020 Democratic nomination for president, and indicted health care will be a priority in his campaign. O'Rourke served three terms in the House, representing Texas' 16th congressional district. Last year, he unsuccessfully sought to unseat Sen. Ted Cruz (R-Texas). O'Rourke's time in Congress and on the campaign trail has provided insight into his positions on various health care topics. 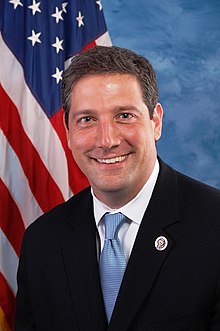 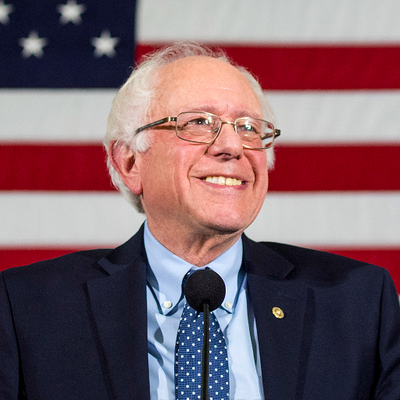 Sanders (I-Vt.) in February announced he is seeking the Democratic nomination for president in 2020, and said his campaign will focus on various health-related initiatives.

Aides to Sanders said his presidential campaign will focus on a number of his health-related proposals, including promoting his Medicare-for-All proposal, lowering U.S. drug prices, legalizing marijuana, and ensuring workers have access to paid medical leave.

Sanders' recent proposals and past campaigns can offer insight into the proposals he might put forth during his campaign, as well as into where he stands on other major health care issues. 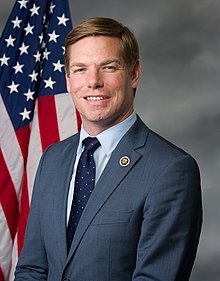 Eric Swalwell (D-Calif.), a fourth-term congressional member from California, announced  April 8 that he is running for the Democratic nomination for president. Swalwell said his campaign will focus on gun control, health care, and education. 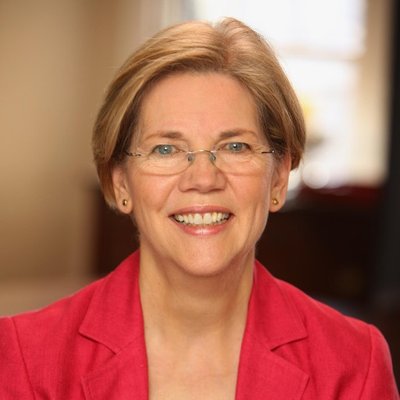 Sen. Elizabeth Warren (D-Mass.) in late December announced she had launched an exploratory committee to fill key staff positions for a campaign to run for president in 2020. Media reports have indicated Warren's bid for president would focus on health care issues such as prescription drug prices, health care reform, and the opioid epidemic.

Marianne Williamson, an author and lecturer 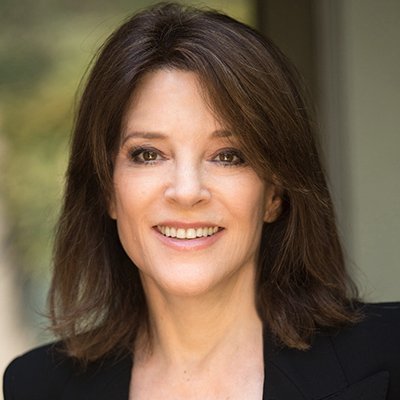 Andrew Yang, an author and entrepreneur